Subproject B: Development of a self-organizing, low cost sensor network

Aim of work package B2 is the model-driven development of a new self-organising monitoring and information system equipped with low cost seismic sensors. This system will provide real-time information about an earthquake and about the local strong ground motion for use in disaster mitigation actions. High-resolution data are expected, which will help to understand the wave propagation originating from strong earthquakes in urban areas and which will support the development of seismic early warning systems.

The self-organizing information network is planned as an autonomous wirelessly communicating mesh network which works efficiency even in case of failure of individual network nodes (similar to the experimental BerlinRoofNet project). To these network nodes inexpensive seismic sensor devices are attached over USB, whereby a communicating sensor system arises, which is to be configured by appropriate hardware and software for application in an earthquake early warning system. Beyond that, further sensors are to be included, which can register for example building fluctuations or changes of groundwater characteristics. This requires an appropriate installation of specific analysis and processing software as well as the equipment of suitable communication protocols and services for the cooperative analysis and evaluation of seismic waves and time series of other parameters. Furthermore more distant ranges of the sensor system are to be connected wire-bound or over an existing network infrastructure (e.g. Internet) also - thereby not losing its self organization character. 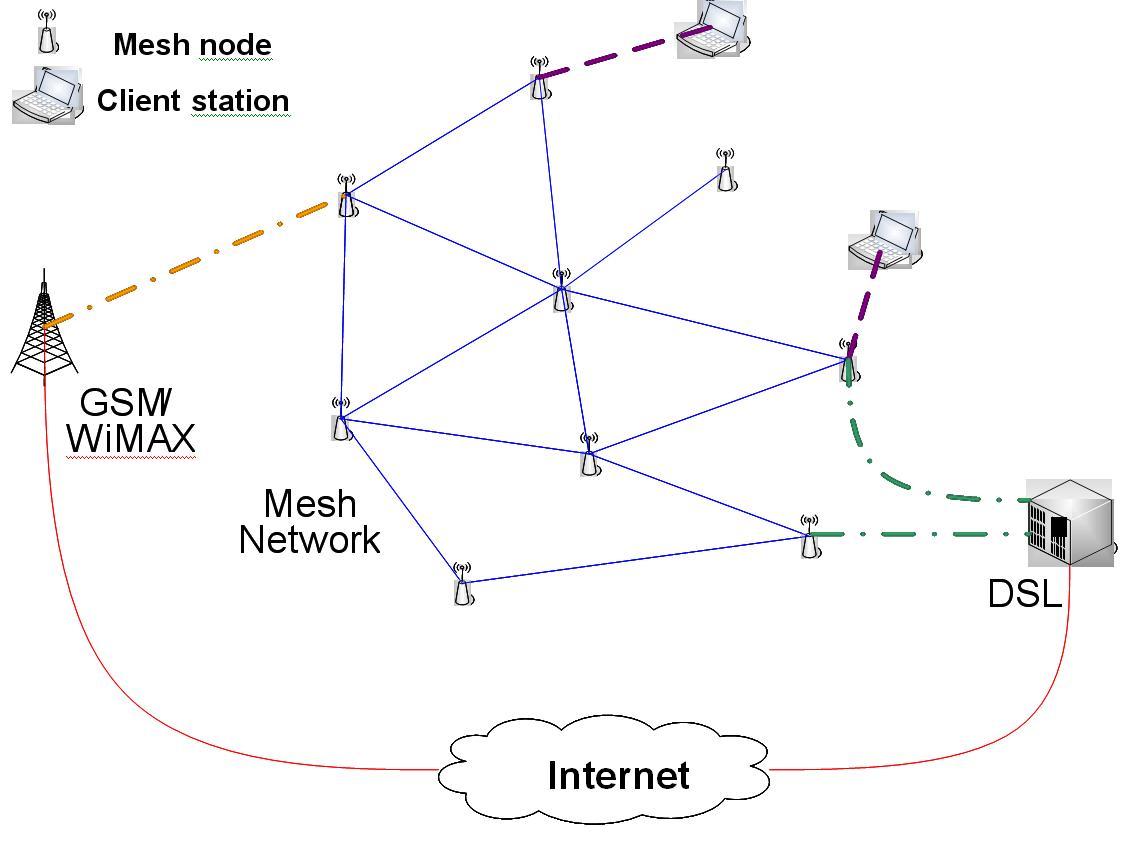 Substantial progress in seismic real-time acquisition and communication technologies, aside from enhancements of seismic processing software has been made over the past few years. This paved the way for the design and implementation of earthquake early warning systems all over the world (Zschau and Küppers; 2003; Kanamori, 2005). Systems are now in operation in Japan, Taiwan, and Mexico (Nakamura, 1989; Wu and Teng, 2002; Espinosa-Aranda et al., 1995). In Romania and Turkey, systems have been constructed very recently (Wenzel and Marmureanu, 2006; Erdik et al., 2003). Earthquake early warning systems are effective tools for disaster mitigation if used for triggering and execution of automatisms to prepare vulnerable systems and dangerous processes for the imminent danger. Seismic warnings can be used to slow down high-speed trains to avoid derailments, to shutdown pipelines and gas lines to minimize fire hazards, to shutdown manufacturing operations to decrease potential damage to equipment, or to save vital computer information to inhibit losses of data. A compilation of effective measures in response to warnings is given by Goltz (2002).

One hundred strong motion accelerometers have been placed in populated areas of Istanbul, within an area of approximately 50 x 30 km, to constitute a network that will enable rapid shake map and damage assessment after a damaging earthquake. After triggered by an earthquake, each station will process the streaming strong motion to yield the spectral accelerations at specific periods and will send these parameters in the form of SMS messages to the main data center through available GSM network services. For earthquake early warning information ten strong motion stations were located as close as possible to the Marmara Fault. The continuous on-line data from these stations will be used to provide near-real-time warning for emerging potentially disastrous earthquakes. Additionally 40 strong motion recorder units will be placed on critical engineering structures in addition to the already instrumented structures in Istanbul. All together this network and its functions are called Istanbul Earthquake Rapid Response and Early Warning System (IERREWS). The system is designed and operated by Bogazici University with the logistical support of the Governorate of Istanbul, First Army Headquarters and Istanbul Metropolitan Municipality. Within the Early Warning part of the IERREWS, ten strong motion stations were located as close as possible to the Great Marmara Fault in on-line mode. Continuous telemetry of data between these stations and the main data center is realized with digital spread spectrum radio modem system involving repeater stations selected in the region. Depending on the location of the earthquake (initiation of fault rupture) and the recipient facility the alarm time can be as high as about 8 s. Thus Istanbul has a basic version of an early warning and rapid response system. However, this can be significantly improved with recent technologies, developed by the applicant.
In addition to improvements of the existing centralized infrastructure we will also deploy and test a decentralized wireless mesh network based on inexpensive hardware. Such networks are currently a hot research topic in the networking field (Zhang 2006).They aim to be self-organizing in the sense that only a minimum of manual configuration is required, and that no central administration is necessary. One of the key ideas is that the services of the network are not provided by a dedicated central infrastructure, but by a collaboration of nodes nearby to the requester; ideally this pattern allows the network to be robust against single failures, and to scale well as the number of nodes grows. In effect this enables a network density and reliability which centralized networks can only achieve at extremely high costs.
In recent years projects like the MIT Roofnet and the Berlin Roofnet (Sombrutzki et al 2006) have successfully implemented large wireless mesh networks, primarily to provide free internet access in densely populated areas. They use standard WLAN hardware, which utilizes license-free spectrum bands for communication. We profit from the hands-on experience made in these projects, and apply it to the new area of geo-sensor networks. While self-organizing ad-hoc networks have already been used in the area of disaster mitigation, to our knowledge this will be the first study for the use of earthquake monitoring & early warning.
An evaluation of the real-time behavior of such monitoring and alerting systems based on self-organizing network infrastructures is almost impossible or too expensive without accompanying model investigations. One of the most used engineering tools is that of an experimental investigation by computer simulations. However, computer simulations require and depend on concrete investigation goals. Based on these goals several models are developed (e.g. in our context: behavioral models of the early-warning system, transport and alerting communication protocols) and suitable simulation frameworks must be identified (ODEMx library, Gerstenberger 2003).