Earthquakes are felt every daily all around the globe. In some cases, damaging effects cannot be avoided and it is difficult, especially during bigger disasters, to estimate the actual impact. But first estimates of the earthquake intensity are important to estimate potential losses and the number of affected population. For this task, a system for disaster cartography has been developed to provide potential disaster impact maps within minutes after an event occurred. Such data can then be used e.g. for loss estimates or mitigation measures.

In case of an earthquake, only few data is available relatively quickly, however with such little information, the system can compute the spatial extent of earthquake intensities. In the course of this, a Monte Carlo simulation computes several 1000 of potential permutations of that same earthquake to take uncertainties into account. The results are then validated through first observations and testimonies. The system has been calibrated by various recent and historic events and is under constant development. The final maps are shared in social media, e.g. Facebook & Twitter. 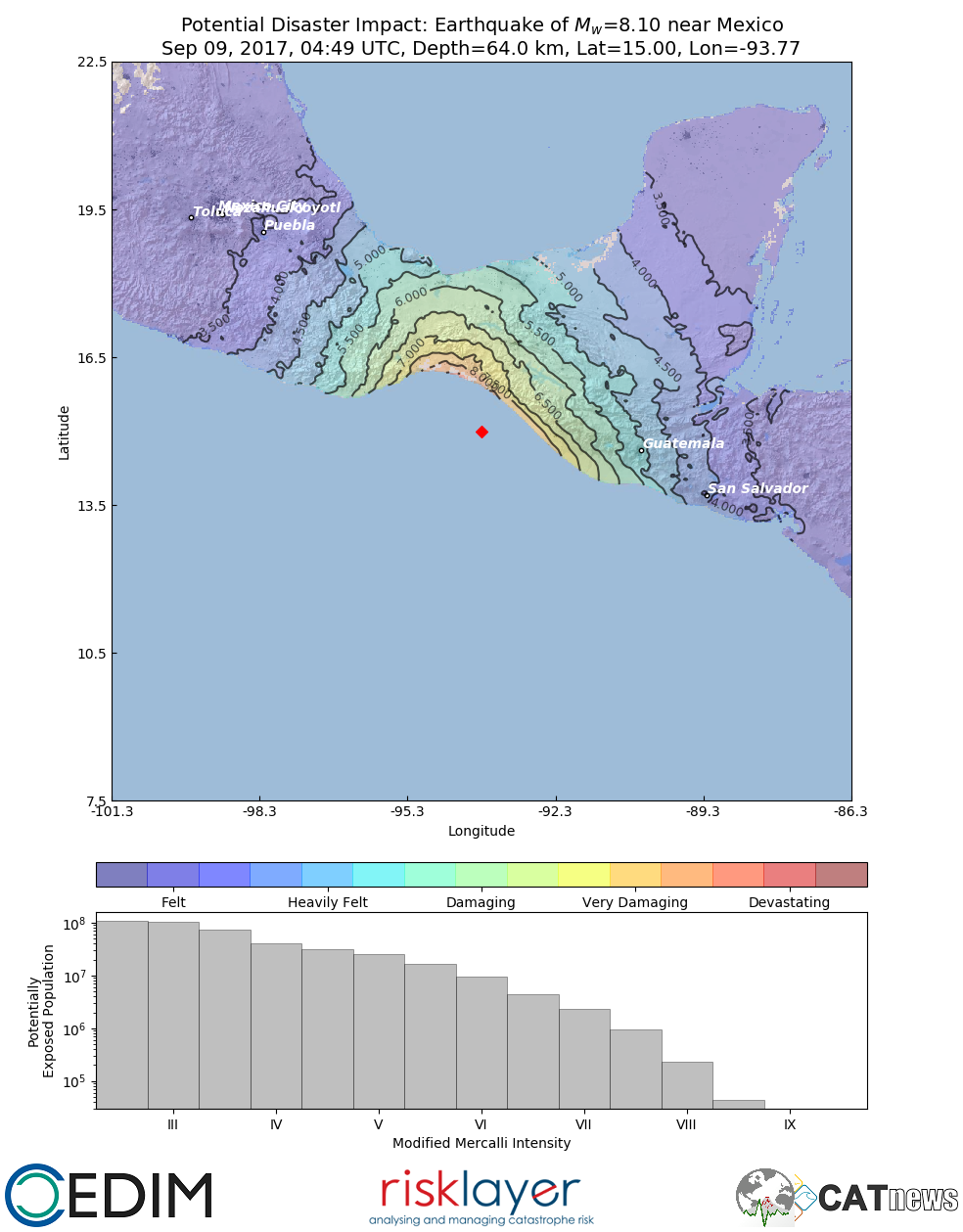 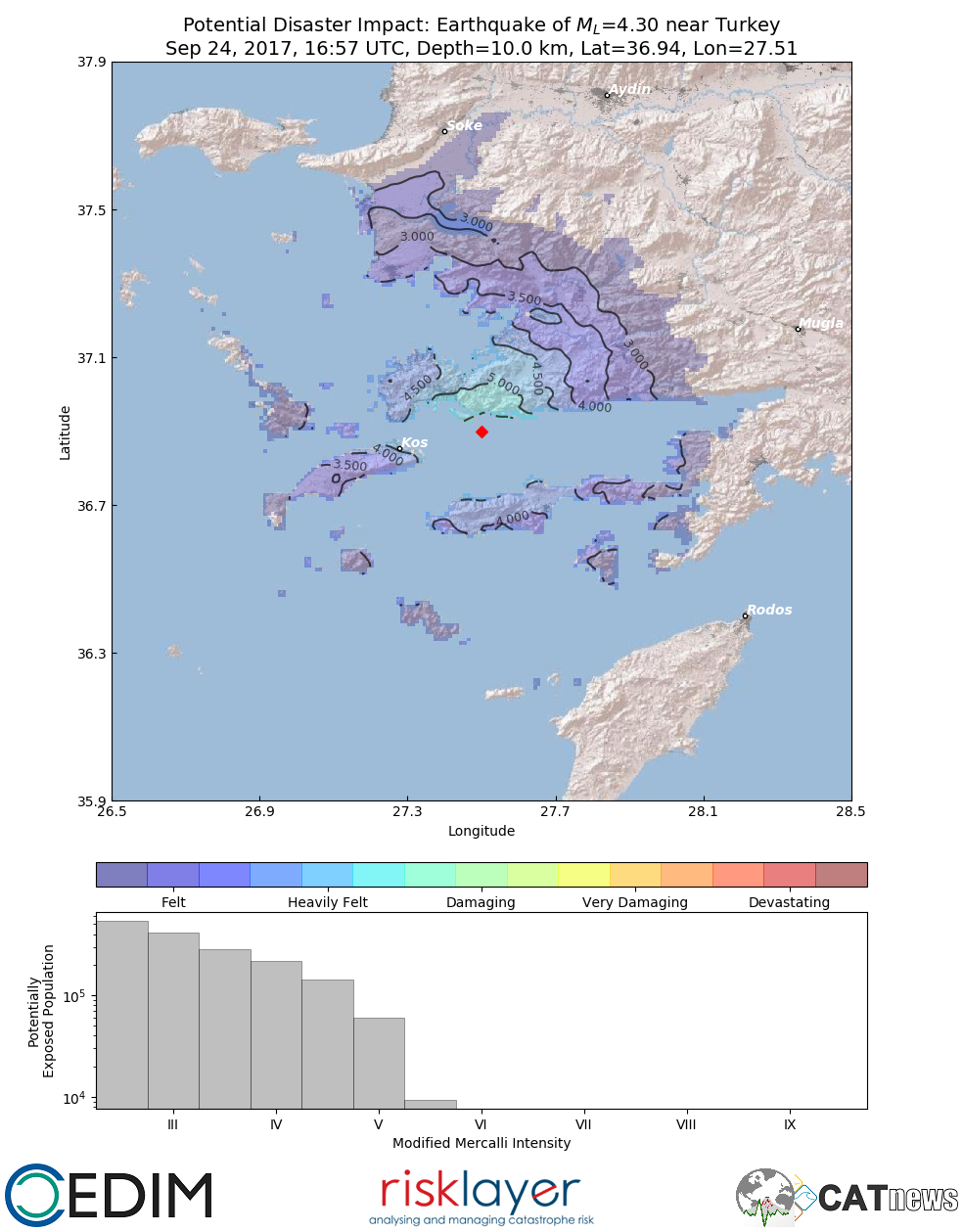