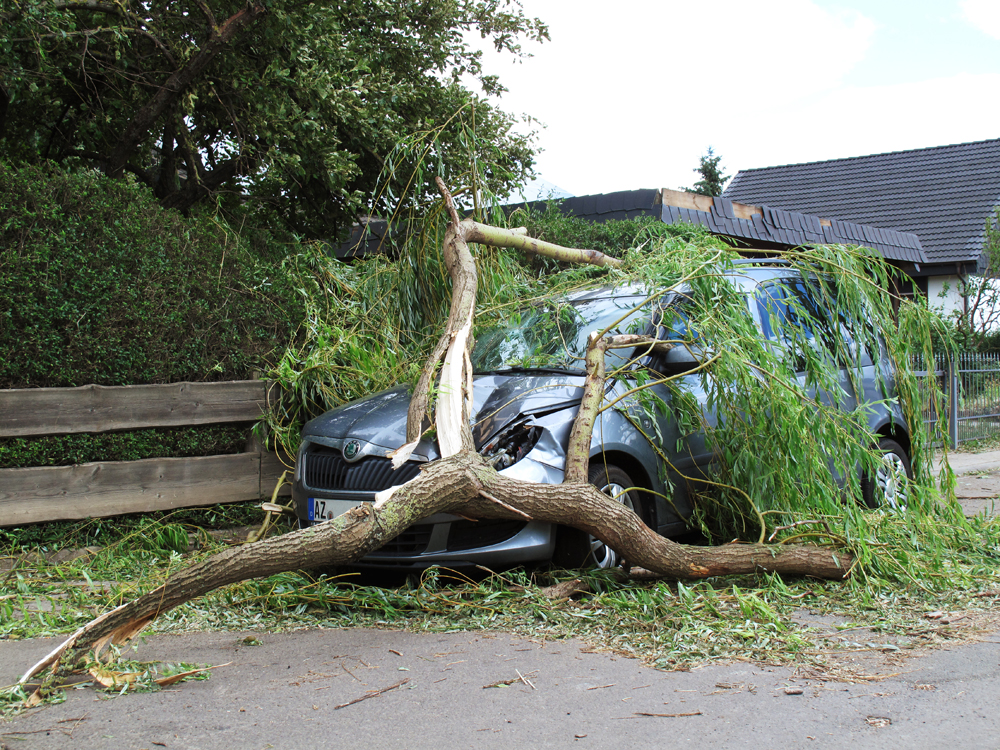 Due to their local-scale nature of severe convective storms and an inadequate covering of measurement stations of the German Weather Service (DWD), there was a considerable lack of knowledge regarding the spatial and temporal distribution of those events. Against this background, the interdisciplinary project "Convective Wind Gusts (ConWinG)" was initiated at IMK-TRO and at the Institute of Hydromechanics (IfH) for a few years in order to investigate these phenomena more in detail.

However, what exactly are convective strong wind gusts? These strong wind events are usually triggered by thunderstorm events – especially during the warm summer months. Due to the falling precipitation and cooling processes in a thunderstorm cloud, a local downdraft develops (downbursts, see Youtube), which is deflected horizontally after hitting the surface (Wakimoto, 2001).

Various studies have already shown that convective gusts can reach even higher wind speeds compared to extratropical storms (winter storms). Wind peaks of more than 50 m/s have already been recorded. In Germany, the highest measured convective gust was observed on July 29, 2005 at the station Zinnwald (Ore Mountains) with a maximum wind speed of 52.6 m/s (Mohr et al., 2017). However, due to damage estimates after such events, it is believed that wind speeds comparable to those of a F3 tornado (70-92 m/s) are also possible.

As part of the DFG project "ConWinG" an event catalog for Germany from observation data of the German Weather Service (DWD, 1992-2014) has been created and the events were statistically evaluated. For the first time, it was possible to determine various characteristic features of convective gusts such as temporal and spatial variability, return periods or gust factors (Mohr et al., 2017).

The results show, for example, that the occurrence probability of convective gusts increases from North to South Germany; however, no further spatial structures, such as a relation to orography or climate conditions, can be identified regarding their strength or likelihood. The distribution of the maxima shows that severe convective gusts of 30 m/s are possible everywhere in Germany. Similar to other convective phenomena (lightning, hail) convective gusts occur in Germany mainly in the warm summer season (especially May to August), when the atmospheric conditions favor the formation of deep moist convection. Most of the events are observed in June and July (for example, 53 % of events ≥ 18 m/s, red in Fig. 1).

The wind load standards for buildings or structures currently contain only the characteristics of turbulent gusts. By contrast, convective wind events with strong vertical wind components and their interaction with urban structures are currently not considered. One reason for this is that, as described above, their strengths and dimensions have not been sufficiently known and their occurrence probability has been underestimated. With the results obtained in the sub-project of the IMK-TRO, the IfH had now the opportunity to better estimate the wind load on typical urban structures creating a first scientific basis that can be included in the standards in the future (Richter, 2017). 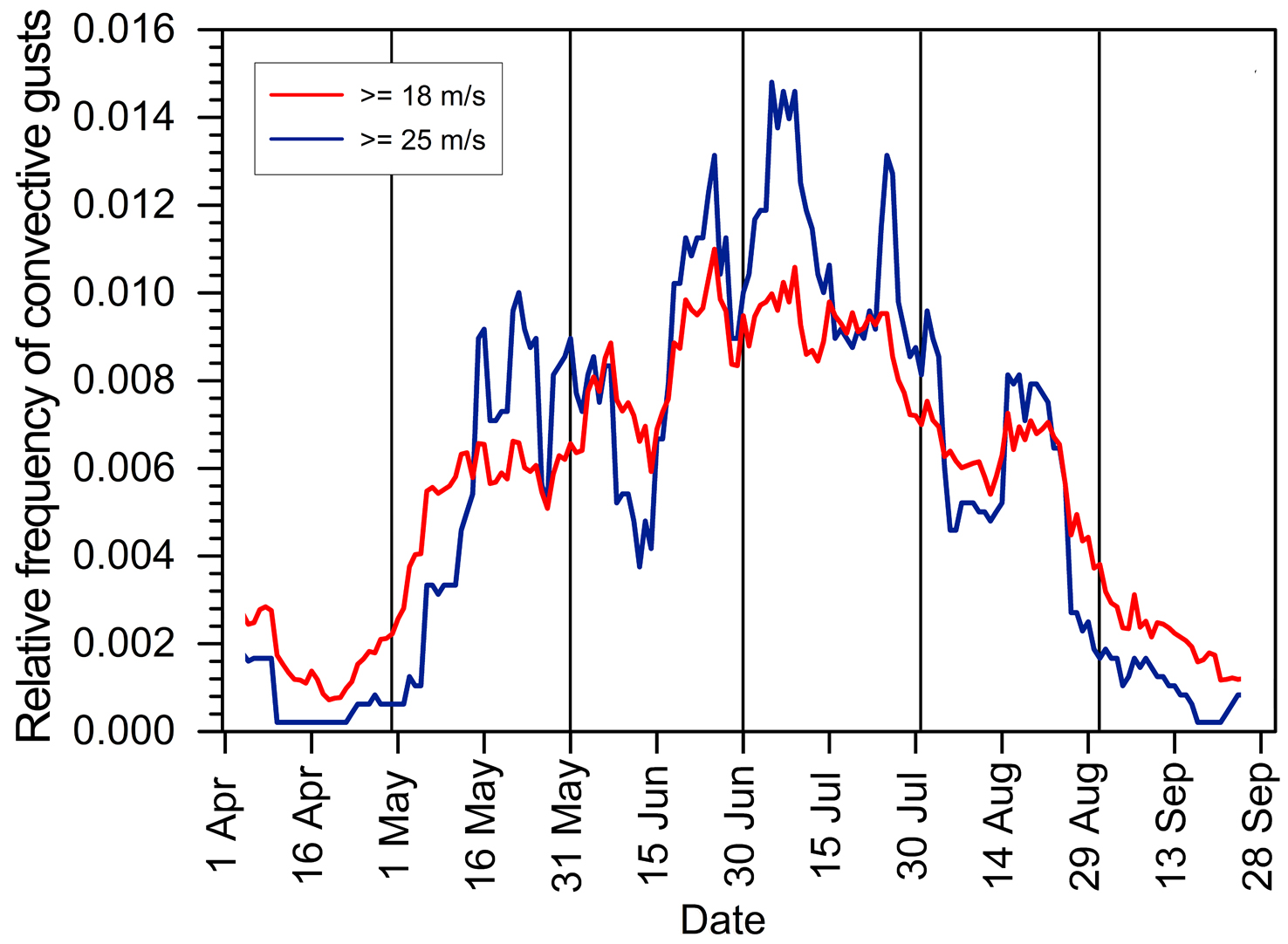